Been WAY too long since my last post here. Unfortunately, coaching high school softball, and just life in general, has kept me from my usual time on the water and from keeping this cyber-rag up to date. Hopefully, this will be the start of more Caveman communication! That said …

The other day, Fireman Sean somehow convinced me to wake up before farm animals. Boy, am I glad he did! We got to Westlake about 5:45am and were quickly on our way. The conditions seemed very good for some topwater action as there were plenty of clouds, glassy water, not too cold air temps, and water temps around 69°. Plus, the fish had been on the post-spawn chew, according to my fishing partner. 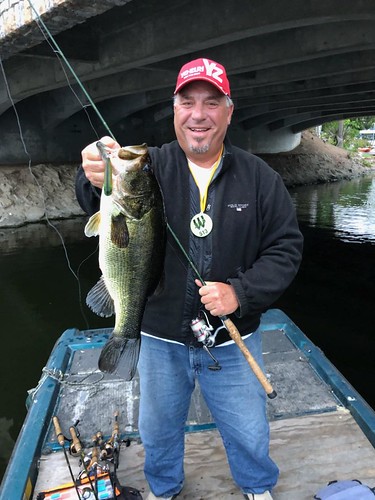 As we made our way to the other side of our launch dock, I casted a legacy Yo-Zuri Sashimi Popper in a Baby Bass pattern. It only took one little pop before my bait was slurped up by a big ol’ bubba. But, shortly after, as she made her first jump, the bait came flying out of her mouth. Although the disappointment of losing a huge fish didn’t fade very quickly, we were encouraged that we were on the right track.

We worked our way down the bank a bit and got a couple more blow ups, but nothing would stick. As we approached the lone bridge at the lake, Sean suggested that we move to the other side of the inlet we were on. Just as I was commenting that I never get bit near the bridge, I casted to a small point on the bank, let the popper sit, then gave it a few twitches when it suddenly was enveloped in a huge explosion. When the line went taught, I set the hook and the battle was on with this aggressive six pounder. 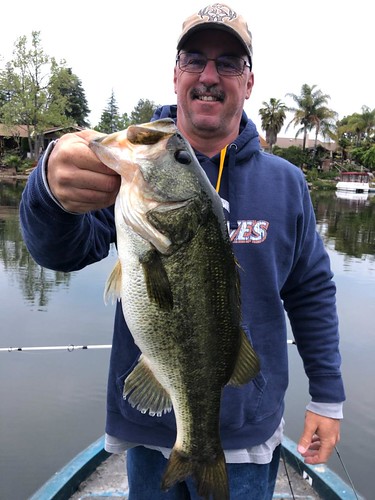 5.5 Pounder on an Ima Finesse Popper

It wasn’t long before Fireman Sean casted an Ima Finesse Popper in Real Ghost Shad next to a private 1-boat dock. The bait hadn’t even settled into the water for more than a second when suddenly it was delicately sucked under the water. The bite was so subtle, Sean momentarily didn’t even realize that the bait was gone from the water’s surface. But, when he reeled down, and felt the line go a bit tight, he set the hook and went to work on this 5.5 pound beast. 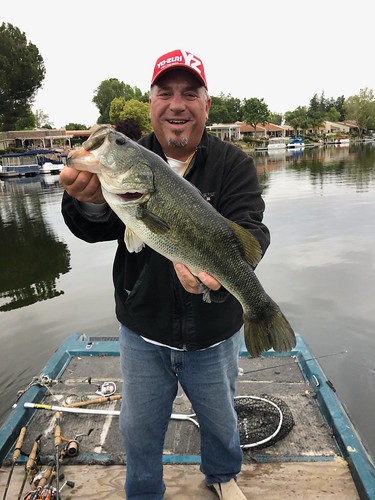 6.5 Pounder on a Yo-Zuri Sashimi Popper

As we continued down the same side of the inlet I noticed that, on the other side of the boat toward the middle of the inlet, there were some baitfish coming up to the surface. There weren’t any blow-ups. But, it was clear that the fish were getting chased up by something. As the old adage says, never ignore the other side of the boat! So, I casted the popper into where I saw some activity. I worked it slow with one or two pops and some decent pauses in between, as had been working for us so far. But, nothing seemed interested. Suddenly there was a big rush of baitfish near my popper, so I gave it three quick aggressive pops. That did the trick … BOOM! Another huge explosion engulfed my bait and the battle was on. After several jumps, and two heart-stopping, line-peeling runs under the boat, Sean was able to deftly slide the net under this 6.5 pound brute … my personal best, so far, for 2019! 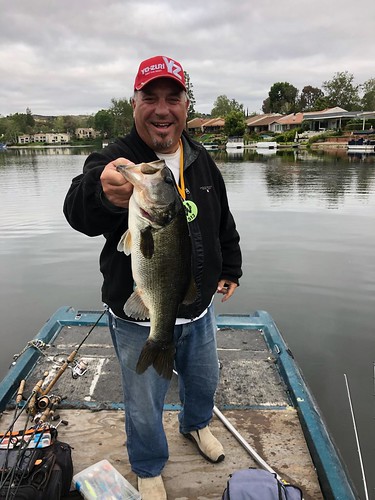 5.75 Pounder on a Yo-Zuri Sashimi Popper

As I slid our third fish back into the water, we looked at each other and commented how the big bubbas had come out to play that morning, so far. They weren’t done, yet! We each boated a 4+ pounder before another delicate little slurp inhaled my bait at another small inlet point. Even though all the fights had been very aggressive to that point, this one took the cake. I truly thought that perhaps I had hooked into something in the 8+ range until this 5.75 pound fatty came completely out of the water and did an inverted 360° flip with a half-gainer. She dogged me for a couple of minutes, pulling drag on the 10-pound test Yo-Zuri Hybrid before we got her aboard for a short meet and greet. 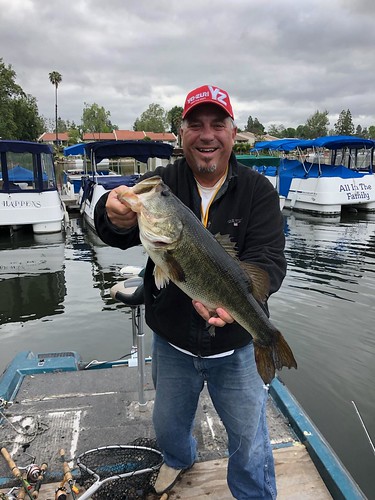 6 Pounder on a Yamamoto Senko

After that, things seemed to slow down for a bit. We hit some reeds, and also an extended flat, that had both been producing as of late. However, neither of us could get any love. So, as we made our was around a dock with about a dozen boats moored on it, I picked up my Senko rod and began skipping the old faithful 297 pattern (Green Pumpkin with Black Flake) under the pontoon party boats. On my third attempt, as the lure began to flutter down, the line suddenly jumped. I knew a fish had sucked it in. So, I reeled down and leaned back into a hard hookset and we were, once again, off to the races. Only this fish knew how to fight! She immediately tried to wrap me around one of the dock’s anchor poles. Fortunately, I was able to turn her around before she could complete the wrap and moved her out to open water. As she cleared the water, Sean exclaimed, “Another Bubba!”. We got her in and onto the digi scale which settled in at 5.99. Sean said, “I’m calling that a 6!”. 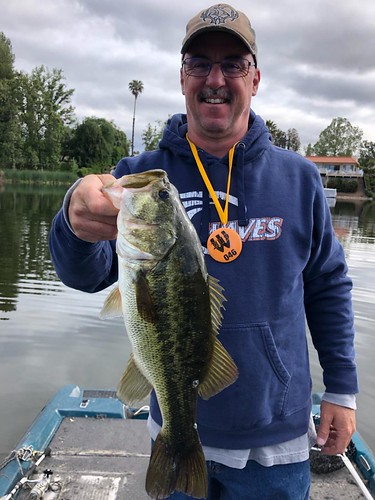 4.5 Pounder on an Ima Finesse Popper

Sean boated another 4.5 pound bleeder that had to be released before we could get a pic, and I pulled in a 3 pound schoolie (our smallest of the day), both on Senkos, before my partner found another taker for his popper. This 4.5 pounder, which had no less than four water-clearing jumps in her, put us at the 10 fish mark for the day and gave us a 5-fish best totaling 29.75 pounds! We both wanted to continue with this incredible big bass action. Unfortunately, we had to leave the fish biting, as each of us had business to attend to. Though, as we drove home, I told my fireman friend that anytime he wants to wake me up before the sun is warm to go busting bubbas, I am in!